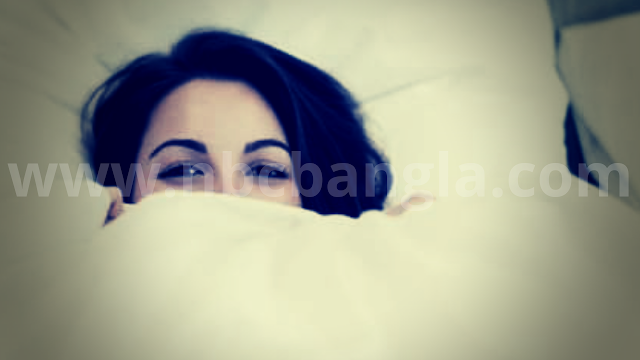 One-third of life is spent sleeping. And sleep is due to a chemical element. Name: Melatonin. It comes out of a gland called pineal inside the head. The material comes out when it gets dark. When you see the light decreases. Many therefore call melatonin the dark hormone.

If you are awake, the ball of the eye turns to and fro. When you close your eyes when you feel sleepy, your eyes stop spinning. This is called non-REM. This time is not sleep, sleep is tried. Once you turn to the other side. Once he rolled up the pillow, another time he pressed his hand to his cheek and died. Doing this suddenly makes you feel like you’re going somewhere. The side-to-side rotation stops. Just then the eyeballs start spinning.Remember This is why this stage is called REM. And this stage is the real sleep. Real sleep. At this point the body does not turn, but the eyes do. The reason is that at this time, whatever happens inside the brain, the eyes start seeing it. And this brain stem is a dream. Just as the eyes turn when awake, so the eyes turn to dream while asleep. And when you start dreaming, it is called complete sleep because it has moved away from reality.

Seventy-five percent of these two stages of sleep are non-REM. The rest of the whole sleep REM is only 25 percent. So people sleep for a long time but do not dream for a long time.

And it is difficult for many to get these two hours of sleep! But after lying in bed for eight hours, he is about to become flat.

So you know how can you get a good night’s sleep?

One. The light in the room should be kept as low or off as possible after dusk. When the porch light is on, turn on the table lamp in the sitting room. Create a light dark environment. The reason is in the sleep process.We said at the beginning -to sleep is the secret of melatonin. The more melatonin, the sooner you fall asleep. Melatonin is the dark hormone.

Three. Do not eat on an empty stomach at night. Do not eat up to the throat. Eat in such a way that it seems that eighty percent of the stomach is full. Playing more keeps the body busy digesting more time. The longer it takes, the later you will fall asleep.

Four. Eat dinner three hours before going to bed. The average time of digestion of food in the body is two hours. The people of the country eat at ten o’clock at night. Goes to bed at eleven o’clock. Then maybe two people fall asleep with the risk of peeking on social media! Eat dinner from eight to nine. You see, sleep will come before twelve.

Five. Do not eat meat at night. It takes time to digest. Eat fish, vegetables, pulses. With salad. Eat yogurt without eating sweets. Eat fruit during the day.

Six. Turn off both TV and mobile phone one hour before going to bed. The light coming out of any screen prevents melatonin from coming out of the brain.

Seven. Do not read anything exciting in bed! Be it magazines, social media, or something warm! Poetry – Stabilizes the mind and brain. Even small inspirations make the mind slow and deep.

Eight. Brush your teeth, wash your hands, face and feet before going to bed. Those who pray or worship, pray. Praying or meditating before going to sleep – calms the body and mind.

No. Spray any perfume on the bed or room before going to bed. Any of your favorite scent relaxes the brain.

Ten. Lastly, do not drink alcohol before going to bed. Alcohol does not bring sleep, on the contrary it deprives sleep.