indeed jobs Before Pujo, 24,000 primary and upper primary teachers were recruited in the state.

The list of interviews is being published on the website of the School Service Commission on Monday afternoon. Earlier, Chief Minister Mamata Banerjee had announced that the recruitment of teachers from Nabanna to Pujo would be completed. He said another 6,000 teachers would be recruited after Pujo. 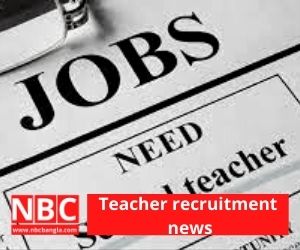 Mamata held a press conference in Navanne on Monday afternoon. There, he said, “14,000 teachers will be recruited for the upper primary before Pujo.” 10 and a half thousand teachers will be made primary. We will recruit 6,000 more teachers after Pujo. “