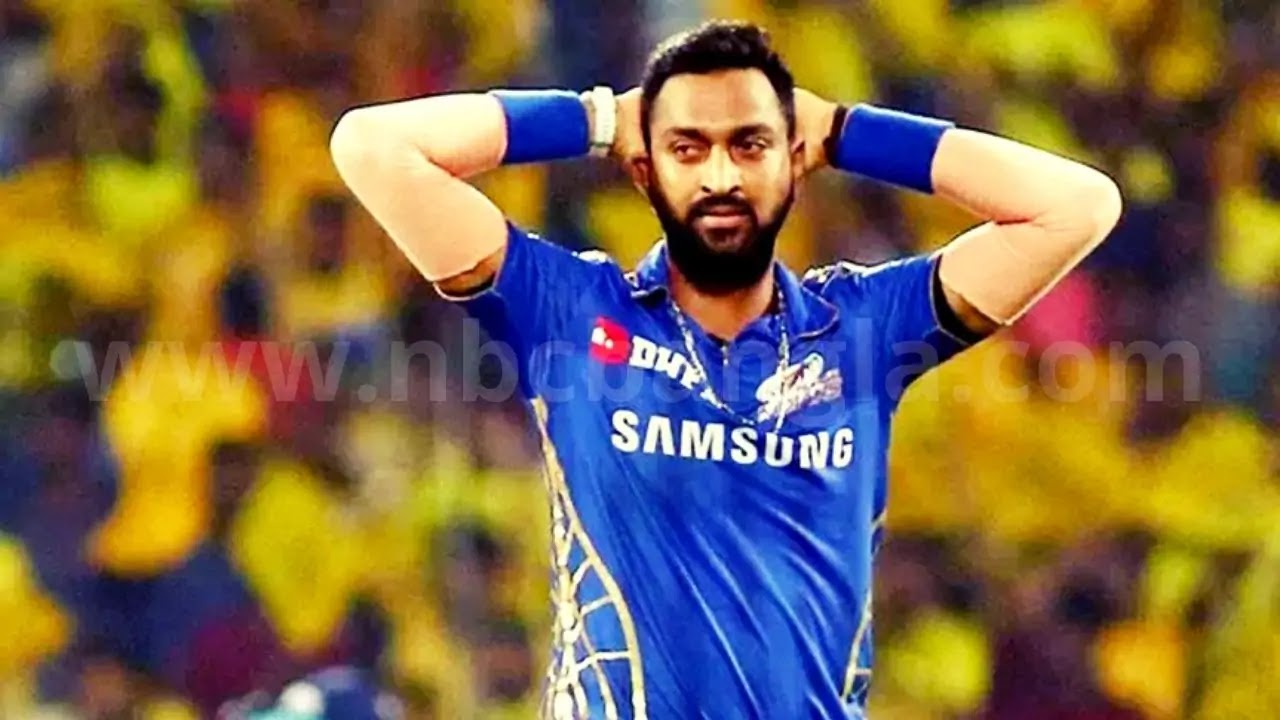 Mumbai Indians became the champions in IPL two days ago. All-rounder Krunal Pandya has contributed to the success of this team. He is in trouble on his way back to India from the United Arab Emirates.

According to Gulf News, Krunal Pandya was detained at the Mumbai airport by officials of the country’s revenue intelligence department while returning to India from Dubai with extra gold and valuables in violation of the rules.

A DRI director was arrested at Mumbai International Airport on suspicion of possessing gold and valuables on his way back from the United Arab Emirates, a Revenue Intelligence Department (DRI) source said.

Krunal was returning home with the Mumbai team. But he was detained on landing at Mumbai International Airport. After that, he was interrogated separately by the officials of the Revenue Intelligence Department.

According to the latest news, did not get without Krunal. He was asked to show valid documents. As a rule, male passengers can carry a maximum of 20 grams of gold on their way back to India from Dubai. In case of women, the amount of gold is 40 grams. Krunal took more than the prescribed amount of gold from Dubai.

America cup: who will face semifinal 2021 get fixtures, full schedule

Messi-Neymar fight in the last 16 of the Champions League

Neymar came on the field to pull Messi closer – nbcbangla