Motorcycles will run on water. 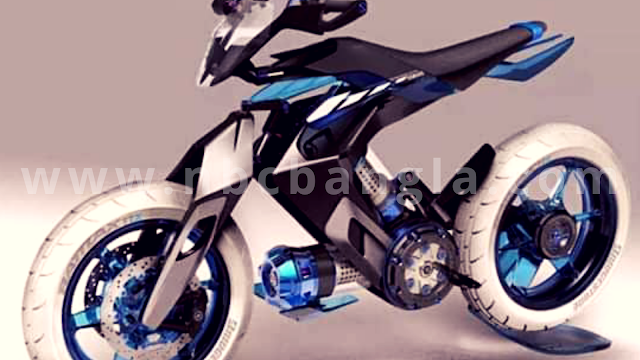 The world’s oil and gas reserves are dwindling. The price of petrol and diesel is increasing day by day along with the demand. Scientists are working on a way out of this. Looking for alternative fuels. In such a situation, well-known Japanese brand Yamaha is making motorcycles without fuel.

The fuel for this motorcycle is not petrol or diesel, but water. This eco-friendly motorcycle will be released commercially in the Indian market. Yamaha recently released a model design picture of that motorcycle. The name of this two wheeler is XT500 HTZIRO. Maxim Lefebvre is going to bring this new motorcycle to the market with Yamaha. Work on this project has been going on since 2016. This bike looks a lot like the X500 in the seventies. From 1985 to 1981, this motorbike was known as a liveweight bike. The 499 cc four-stroke single cylinder engine motorcycle had a speed of 160 kilometers per hour. The XT500 HTG Zero edition bike will have a water pump.
This pump will rotate the water in a circular motion and give propulsion to the engine. There will be no risk of environmental pollution through water-powered motorbikes. The owner of the motorcycle will have no worries about fuel. The maintenance cost of the bike will also be much less than that of a fuel-powered or electric motorcycle. A man in Brazil has built a water-powered motorcycle. The fuel water of the motorbike made by this man named Ricardo Ajaveda.
A motorcycle made by Ricardo Ajaveda travels more than 30 miles in one liter of water. This motorbike made by Ricardo Ajaveda is eco-friendly. Because there will be no smoke from this bike. The result is eco-friendly and safe.